T1 is over, so here are the new polls:

Update:
Below is the link to Ludia’s own survey. Please take it if you want a change. 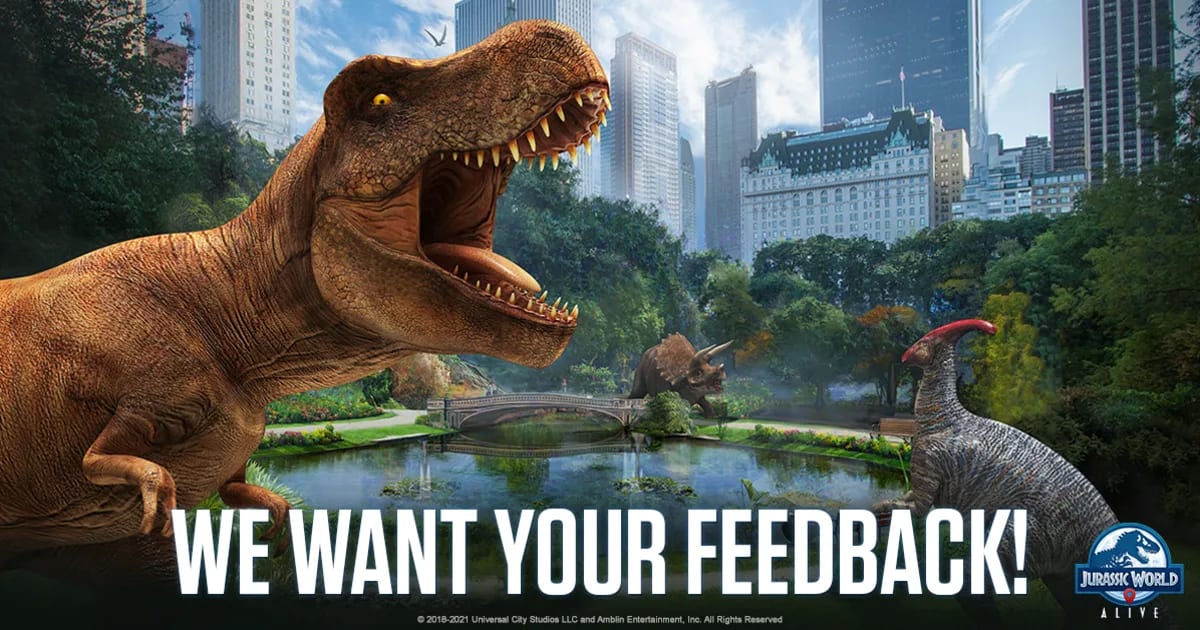 In the March 4th to March 7th Coin Tournament, Jurassic World Alive implemented a new battle victory format: Achieve 1 Takedown (instead of the usual 3).Following this new win condition, we want to collect your feedback!

I think most wouldn’t mind 1 takedown. IF the amount of wins you needed to get to at least earn your 1000 points was reduced.

So rather than 10 takedowns, which can take much longer, due to only earning up to 1 at a time rather than 3. You only had to earn 4 or 5 takedowns.

Hated this format, I hope it never returns lol. A single missed stun or crit could change the game, way too rng reliant to be fun

I’m okay with it for skill, but please not advantage

Seems quite a few agree with you from the polls.

He wasn’t talking about the 10 needed! The second part is to go back to the original 3 down to win format

It seems the vast majority of the players polled have the same opinion on this issue, especially toward T4.

For T4, players with lvl30 common/rare/epics will probably love this. I certainly won’t as they aren’t the dinos I have invested in. Just like if they did this allowing any dinos I would find it simple to do but newer players would be massively impacted (moreso than the standard format).

It’s bearable for skill (though I’m not a fan) but please no for advantage.

Good idea on lowering the number of takedowns you need to get the additional 1000pts. My alliance had its lowest ever number of players enter this one which speaks volumes. And the lowest ever number of people to get 10 creature takedowns aswell. Many tried and saw their starting score go down and down then gave up. So it would have been better for the alliance for newer players to simply click the button once, but not play any games at all. Surely that should not be what Ludia should encourage alliance leaders to get their alliances to do?

Anything you can do to reduce the amount of time needed to play the game to get a, b, c, etc… seems ethical and reasonable to me.

@Ned can you bring the feedback to your team? It’s not insignificant that around 90% of the players polled don’t want the1-takedown rule for T4 advantage.

Just think how frustrated some casual players can be trying to get 10 kills and get beaten up left and right for a very long time, and what the consequences will be that so many players get mad because of this.

For sure, @Banarel. I have brought the concerns up with our team on this!

I believe our team is monitoring the current feedback as well.

i can’t believe for the first time since 2018 i can answer a question addressing speed-tie.

but “speed tie-breaker” (like how they named lol) is not so democratic subject for a global survey, because many players take advantage of it. specially those living near servers or with better local connection or with faster phones. so, unfortunately i don’t believe a group of harmed people like me would be enough to make ludia address this. pity, because it ruins every skill tournament for us, not only this format.

and another thing:
seems bizarre but now reading the question if i completed 10 takedown faster, i rememeber some tournaments were too slow to complete 10 takedowns for me. maybe even more than this.

i’m not sure if the argenteryx dominated or another, but it was so long battles some tournaments that i was about to quit completing 10. it was about 10 minutes each battle. i remember i was complainning about that.

edit/warning: just to mention ludia is requiring facebook login to fill the in-game survey, because the web format other than in-app form. in case of not using facebook (like me), it’s maybe better to fill the form from this link you provided above.

I am glad ludia has decided to do this poll. I feel like it is part of the new community update that they said at the beginning of 2022 and so far I feel like they are listening to the community a lot more and this poll proves it

I really liked this format. At first it just seemed like a quickdraw tourney- fastest creature wins. But after the first few, people started swapping (and I did too), and then more strategy came into play - and (finally) a different strategy than I’d used in normal PvP. I don’t have the option of letting a dino die to use a revenge skill. Snakes can’t swap-block and drain HP. Depending on what I think my opponent’s next move is, do I swap out? See if I can take it? Will the dino I swap in withstand the blow?
I had quite a few matches where both of us went through all 4 of our dinos, each clinging to a bit of HP.

If we do this format again, definitely keep the lvl-26 and no boosts, so people who’ve played forever don’t automatically have an advantage. I love tournaments where I can’t just default to my usual team and have a change to use dinos I don’t normally.

I don’t mind them trying different things like this. It was worth the try to see how everyone like it. So, OK, this one flopped. Move on. This wasn’t a permanent change.